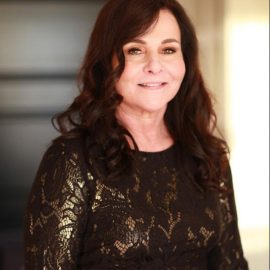 April Williams has an insider’s knowledge of music and performing that began with her talented family. Her mother was a dancer, active in the arts, and her father played trumpet in “The Tonight Show” band for 25 years. After a bright musical theatre career with the L.A. Civic Light Opera, April segued into business management. Her enthusiasm and marketing skills made her a natural for the world of real estate. Over the next two decades, her yearly sales topped the $20 million mark and she still found time to become a training director, mentoring a future generation of agents. She never really left show business, though, and began to learn about concert promotion.

Running the jazz club Upstairs at Vitellos showcased many of April’s skills, from marketing and public relations to recruiting sponsorship affiliates and nurturing young artists. In a series of special concerts, she honored older musicians and the unique place they hold in music history.

April currently serves as Executive Director of the Musicians at Play Foundation whose mission is to present, preserve, document, and showcase the music of L.A. She is on the advisory board of many institutions including the California Jazz Foundation, the Academy of Scoring Arts and the L.A. Jazzpro Connection. April is the Special Projects Coordinator for the Young Musician’s Foundation and a supporter of various assistance programs, from school lunch to further education. She is married to Don Williams, a classically trained timpanist, part a multi-generational family of studio musicians. His brother is the prolific composer, John Williams. April and Don have raised six children.